“Claim your space, and don’t ask permission to say what you need to say."

Inside the Womxn’s Hub, a cozy, lavender room in UCI’s Cross-Cultural Center, an eclectic array of signs decorates the walls: “Relax,” one reads. Another says “Love.” But the largest placard best captures director Tamara Austin’s philosophy on the space: “This is my happy place.”

A Philadelphia native with a master’s degree in social work from the University of Pennsylvania, Austin opened the W-Hub, a resource center for UCI women, in fall 2016. It functions as a haven “where women can feel supported, speak their minds and find what they need to thrive on campus,” she says. “Here, we’re invested in making women successful and heard.”

The W-Hub attracts dozens of students, faculty and staff each day. Some drop by to grab some chocolate or a cup of tea from Austin’s generous supply; others come for the resources provided (including informational pamphlets, feminine hygiene products and school supplies); and many just want to talk to one another in what Austin calls an “open space where people can learn with no judgment.”

“Women can have conversations here that they’re often told not to have,” she says. “Claim your space, and don’t ask permission to say what you need to say. That’s the No. 1 thing I tell the women I meet.” 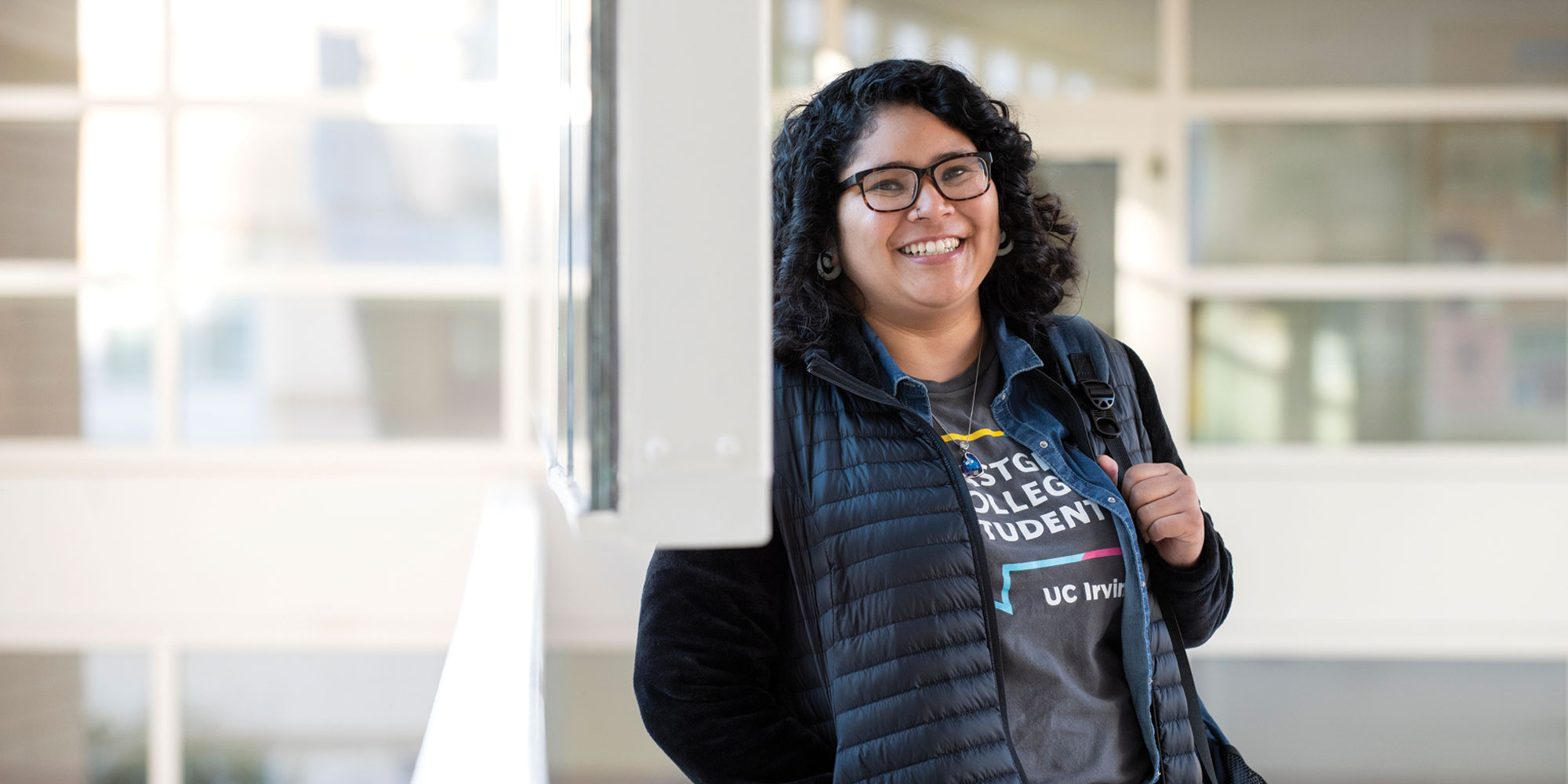 “I like helping people. I may not have been in the same situation, but I understand it."

Kimberly Quiros-Elias is busy. A business economics student at UCI planning to double major in Earth system science and minor in statistics, the junior is currently taking five classes and working two jobs.

She’s a peer mentor for the Foster Youth Resilience in Education Scholars Program and an intern at The Paul Merage School of Business’ Center for Investment & Wealth Management. In addition, Quiros-Elias is treasurer for Foster Student Ambassadors, a club she co-founded last year to help foster youth at UCI and in high school.

Her drive to succeed was born of necessity. When she was 14 and living in L.A.’s Koreatown, her mother died suddenly, leaving five children in the care of their father, who abandoned them a year later. After a brief stay with an abusive relative, Quiros-Elias actively sought out resources to improve her circumstances.

She got into transitional housing and began living independently at the age of 16. Intent on going to college, Quiros-Elias boarded a bus at 5:30 every morning to attend a math and science magnet high school in an adjacent county – where she launched a club for other foster youth with university aspirations.

Even during her own hardships, Quiros-Elias has been focused on assisting others in similar positions.

She herself hasn’t quite decided on a career path. She likes managing money and wants to get into investing but is also considering applying her growing economic acumen to sustainability efforts.

In her (rare) spare time, Quiros-Elias enjoys concerts and Salvadoran cuisine. Her parents were both born in El Salvador, and her boyfriend – also a UCI undergrad – is half Salvadoran. 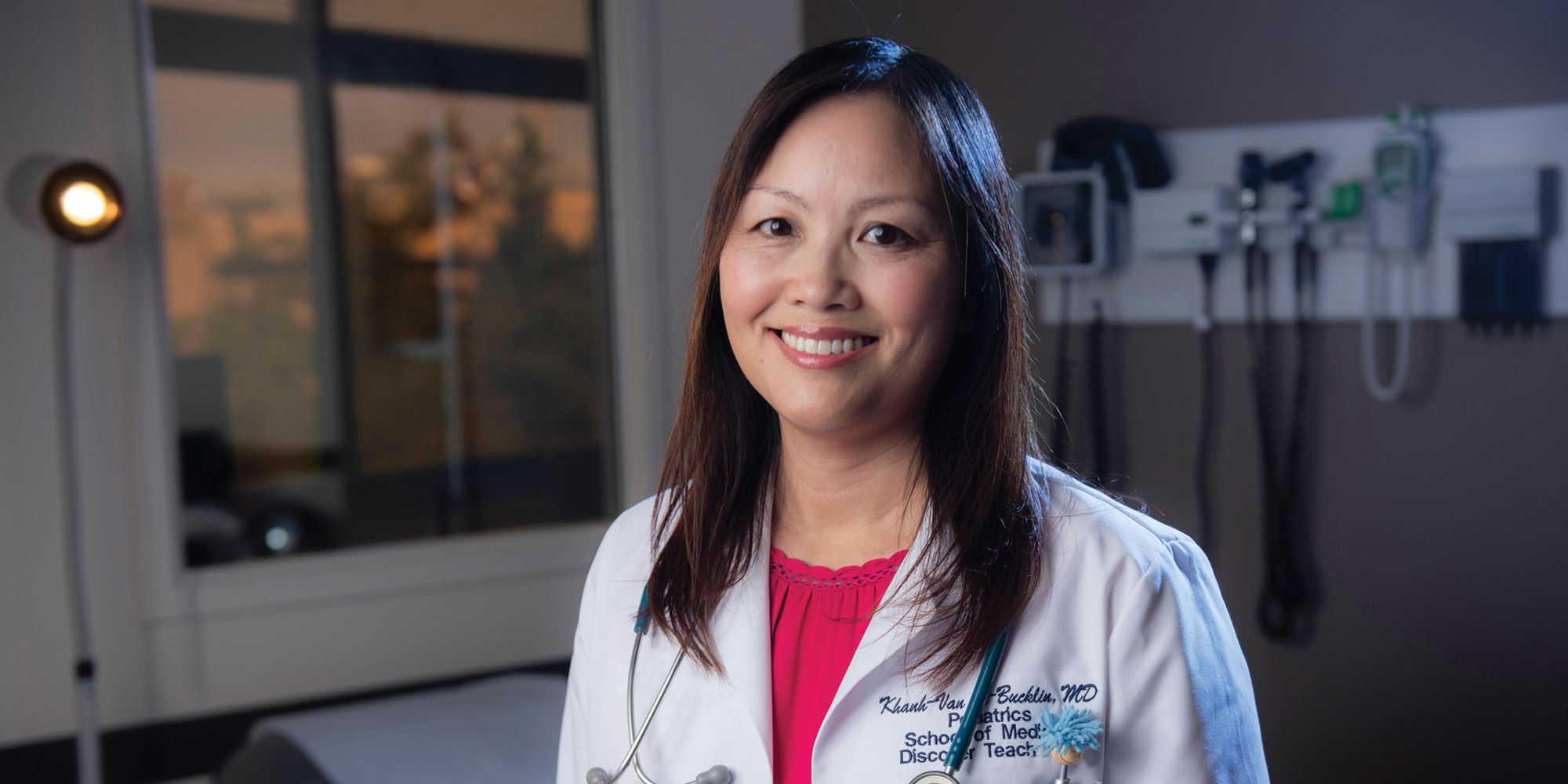 "People will adopt better lifestyles in support of their children."

As the daughter of an anatomy teacher, Khanh-Van Le-Bucklin was always interested in the human body, but it wasn’t until she broke her arm in fifth grade while attempting a “death drop” from the monkey bars that she knew she wanted to be a physician. These days, Dr. Le-Bucklin is not only a pediatric hospitalist at UCI, but also vice dean for medical education and interim chair of the pediatrics department. She’s the mother of twin girls as well and has written a book on the topic. “I was 3 when my family immigrated to Orange County from Vietnam, and we were very poor,” Le-Bucklin says. “My parents juggled multiple jobs to keep us going, and I’ve worked since I was 16.” She earned an M.D. at UC San Francisco and completed her residency at Stanford University. In 2004, she returned to Orange County for UCI’s “dynamic environment,” where her passion for pediatrics and medical education intersect. “People will adopt better lifestyles in support of their children,” Le-Bucklin says, “so we can promote the health of entire families by educating patients, their parents and future doctors who will care for them.” 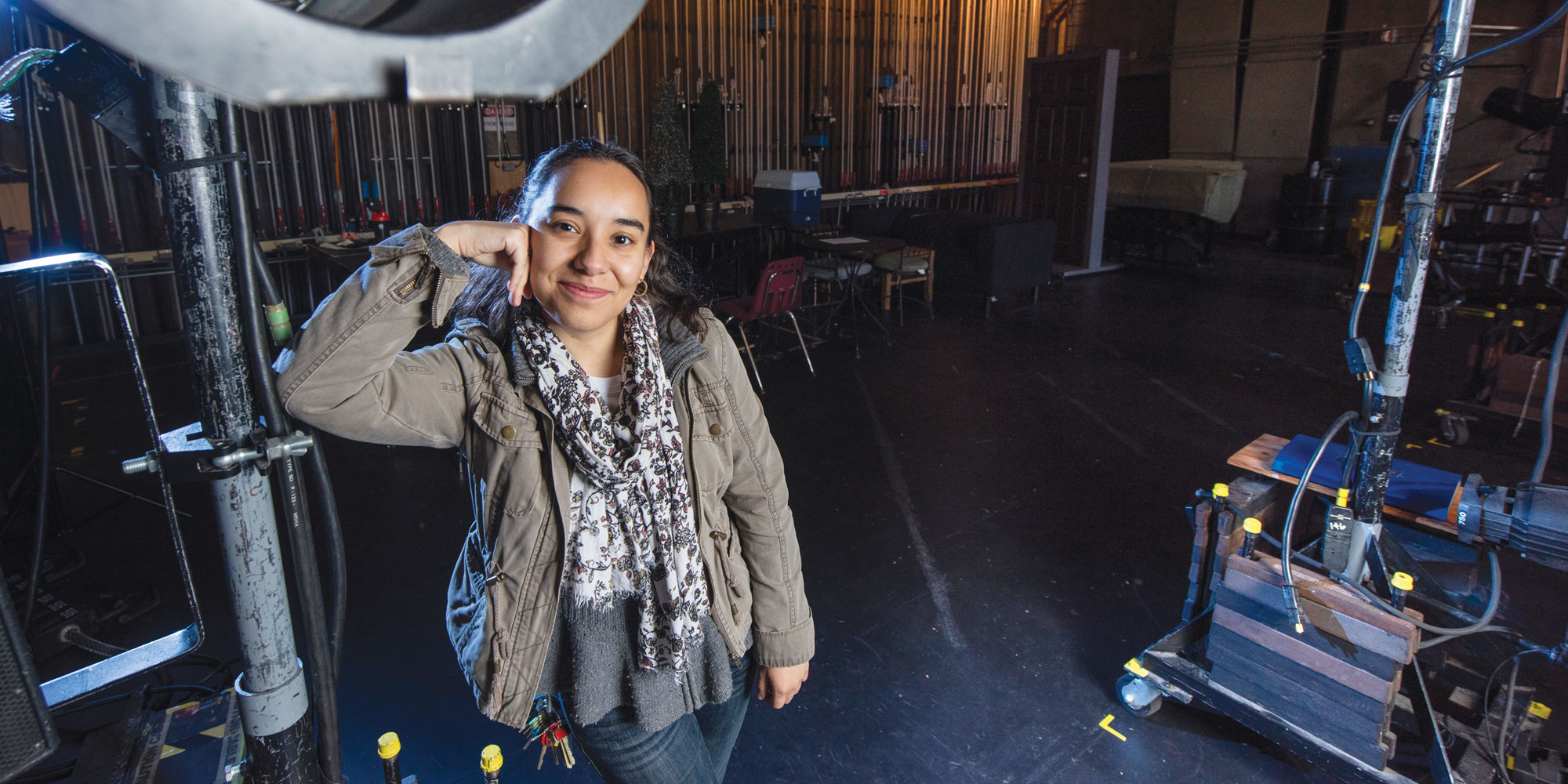 Graduate Programs at the Claire Trevor School of the Arts

“I love seeing a group of people come together to make something great that can change someone’s life.”

The drama bug bit Miriam Mendoza when she was in kindergarten. But unlike most youngsters, she didn’t imagine herself onstage; she was fascinated by what was going on backstage. Involved in theater since middle school, Mendoza is now a UCI M.F.A. student in stage management. “A production is like a wheel,” she says. “To keep the show moving, I’m the hub that connects and communicates with all the design elements: lighting, audio, projections, scenic, props, costumes, hair and makeup – even automation occasionally and sometimes the box office.” When she was earning a B.F.A. at the University of Texas at El Paso, UCI wasn’t on her radar for graduate school. That changed when Don Hill, senior lecturer and head of stage management in the Claire Trevor School of the Arts, reached out after meeting her at a conference. Mendoza felt an instant connection because he “genuinely cared” about what she wanted from the program, which accepts only three students per year. Now it’s the teamwork and camaraderie of colleagues and classmates that keep her going through the stressful days and sleepless nights of rehearsals and performances. “I love seeing a group of people come together to make something great that can change someone’s life,” Mendoza says. “I like knowing I was part of that.” 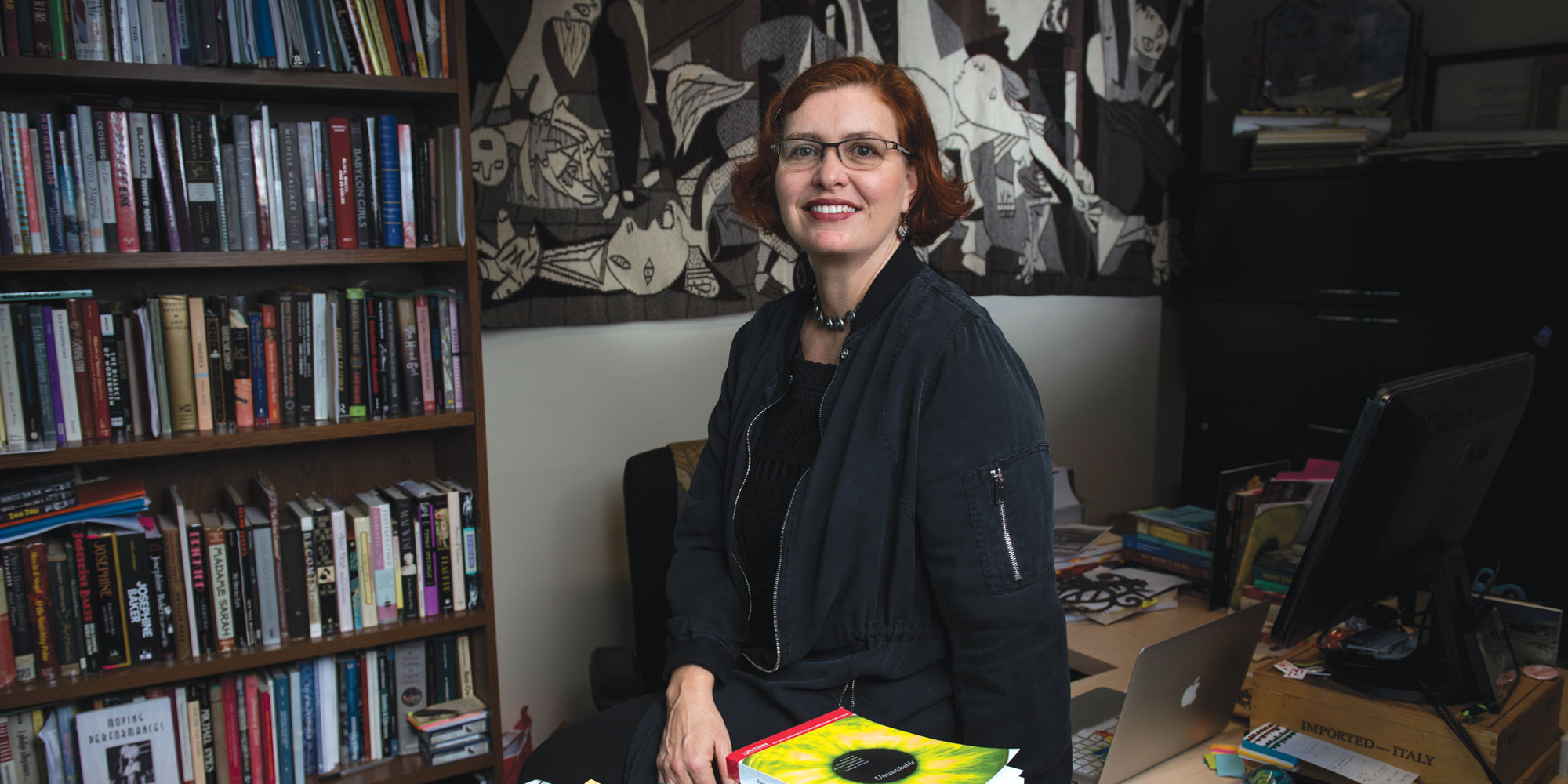 Top five black women Scheper believes made a difference on- and offstage in the early 20th century:

"There is no room for shame in the revolution."

Jeanne Scheper, a UCI associate professor of gender & sexuality studies, an LGBTQ and academic labor activist, and a fierce feminist, was raised in a predominantly black and poor area of Baltimore in an era of “white flight,” when waves of white people moved away from racially diversifying urban regions to more homogenized suburbs.

Her parents, who were academics, immersed her in a culture of community organizing. Her mother tackled “food deserts” by running a grocery co-op out of their basement and helped write a law enabling black home ownership in the city.

Reflecting on those days, Scheper says: “As a child, I saw that my neighborhood and my black neighbors would be the ones under National Guard rule and patrolled by tanks after a snowstorm, that helicopters would buzz the houses regularly enough to be called ‘urban birds,’ and that it would require walking to the white neighborhood on the other side of North Avenue to find a proper grocery store.”

“As a queer person coming out at the height of the HIV/AIDS epidemic,” she says, “I had the privilege of finding my gender and sexual identity through queer militant activism and learned, as my friend says, ‘There is no room for shame in the revolution.’”

Scheper, who earned a Ph.D. in English literature at UC Santa Barbara, came to UCI in 2009. Her research and teaching take up questions she began considering as a child – about race, gender and body politics. Zine-making is a fundamental feature of her courses. The small, handmade publications give those who do not find themselves represented in the mainstream political or media landscape an opportunity to express themselves and challenge that absence.

In addition, Scheper studies the lives of early 20th-century African American women who used performance art to fight racism and sexism. Like zines, their singing, dancing, music and plays were more than channels for self-expression; they were creative forms of sociopolitical dissent, refusing the terms of dominant culture.

Scheper published Moving Performances: Divas, Iconicity and Remembering the Modern Stage (Rutgers University Press) in 2016 and is currently writing a book about popular culture and sexual and gender minorities in the military – continuing her efforts to fight injustices.

“Like every LGBTQ person, I have faced threats, housing and job discrimination, hate and stigma,” she says. “Coming out and standing up are everyday, ongoing battles. As a white LGBTQ person, I have not faced the worst violence against our community, but I will work to combat it.” 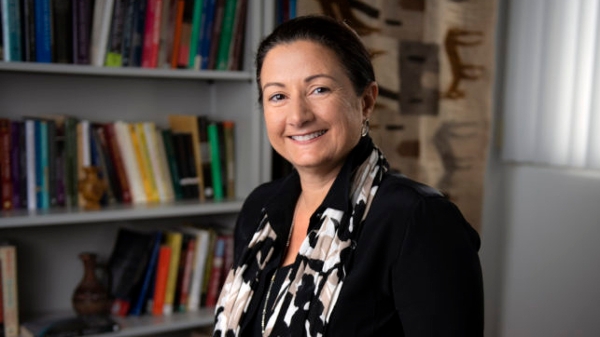 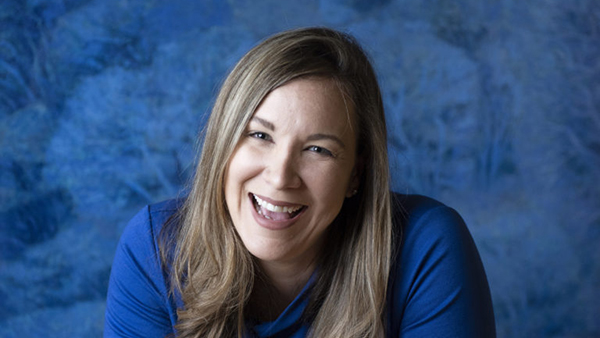 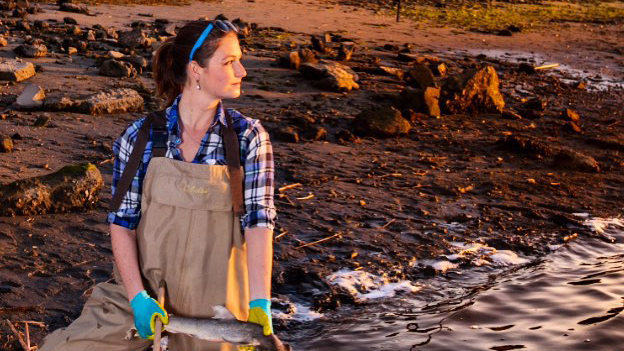 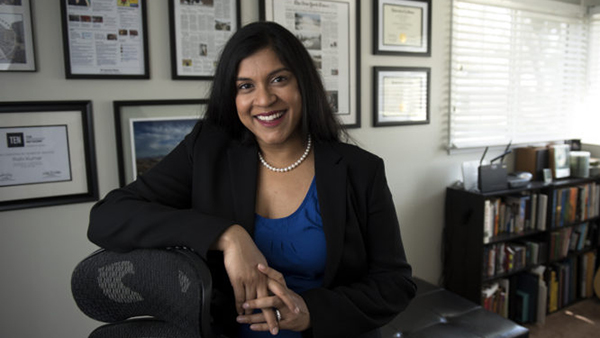 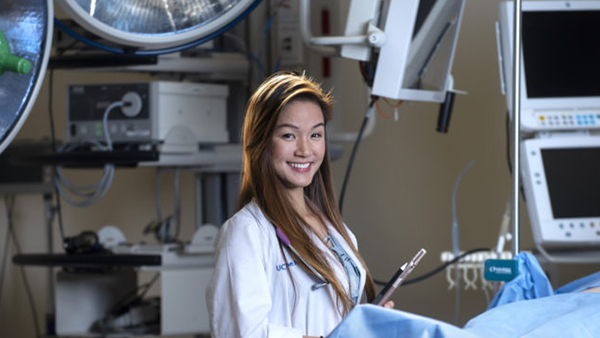 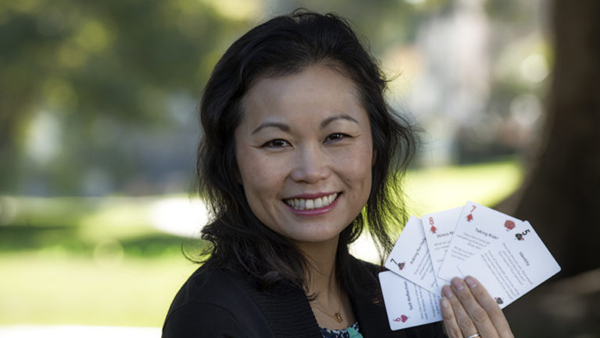