Water shortages will become more severe as both droughts and floods become more intense, with less rain and snow falling during dry seasons and more falling during wet ones. Capturing the excess precipitation and saving it for dry periods will also only get more challenging.

“Californians are actually using less water than we have in the past for urban and agricultural purposes. But we still have a problem because we have less water to use because of climate variability and, in some cases, the need to share our water sources with other states,” Feldman says.

Though urbanites use less water than do farmers, Southern California city dwellers still need to reduce their consumption because they rely on severely overtaxed sources, such as the Owens Valley, the Bay-Delta and the Colorado River. Cities’ water usage puts ecological resources in these regions at risk.

But some technological solutions are available.

Water recycling programs are already helping Southern California reduce its reliance on imported water, Feldman says. The Orange County Water District, which manages the groundwater basin underlying north and central Orange County, operates a world-leading water recycling plant that purifies wastewater and injects it back into the groundwater basin, eventually withdrawing and further treating it for household use.

The Irvine Ranch Water District and other local agencies recycle water by treating it to a lesser degree and then irrigating landscapes with it. UCI uses this recycled water for lawns, shrubs and trees on campus.

"We have to stop taking water for granted. We have to understand that while it can be a renewable resource, it can also be an exhaustible resource.”
- David Feldman

“If you can use recycled water that isn’t good enough, perhaps, to drink, but you can use it for another societally beneficial purpose, then you’re, in effect, conserving precious and extensively treated drinking water,” Feldman says.

UCI Podcast: The technologies that could solve California’s droughts

Cities can also collect rainwater that falls on streets and parking lots through stormwater capture. Orange County does this by funneling stormwater from the Santa Ana River into collection basins, where it percolates into the ground.

Technologies are being developed around the world to filter stormwater as it soaks into the ground, including lagoons and biofiltration systems that remove pollutants.

“These innovations are not cheap, and they require sophisticated ways of approaching both harvesting of the water and land use practices. But they can be very fruitful means of augmenting our water supply,” Feldman says.

Desalination – the process of removing salt from seawater – frequently lights up the imaginations of coastal Californians. The ocean seems to offer an unlimited supply of water, if only it could be made drinkable.

The reality is much more complicated, because desalination requires massive amounts of energy. But Feldman believes that it should be considered, especially in parched regions with few other options, such as the Middle East, Singapore and Australia. He says it has become an option in northern San Diego County, where the largest desalination plant in North America began de-salting ocean water in Carlsbad a few years ago. The same company wants to build another plant in Huntington Beach and is acquiring the necessary permits.

“I think desalination has to be thought of as part of the mix, especially in some areas of the world where you have limited choices,” Feldman says. “But there are many questions that arise whenever you’re applying an elaborate technology to solving a social problem.”

With desalination, these questions relate to energy consumption, cost, the environmental impacts of brine disposal, and public aspirations for coastal landscapes.

All the technologies in the world, however, won’t solve California’s water shortages without Californians changing how they think about water, Feldman notes.

“If we could change our attitudes toward water and start thinking of it as something very precious, something that has to be guarded and taken care of with great regard, I think we’d be on a better path than we are now.”- David Feldman

“We have to stop taking water for granted. We have to understand that while it can be a renewable resource, it can also be an exhaustible resource. Somebody has to acquire it, treat it and transport it. It’s not free,” he says. “If we could change our attitudes toward water and start thinking of it as something very precious, something that has to be guarded and taken care of with great regard, I think we’d be on a better path than we are now.” 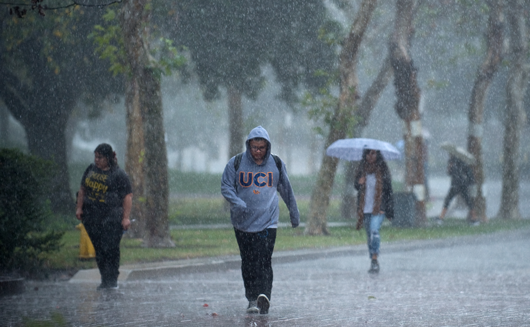 Part I: The ProblemWhat’s happening with El Niño?Climate change may be shifting and lengthening an ocean temperature phenomenon that can cause rainy winters in California 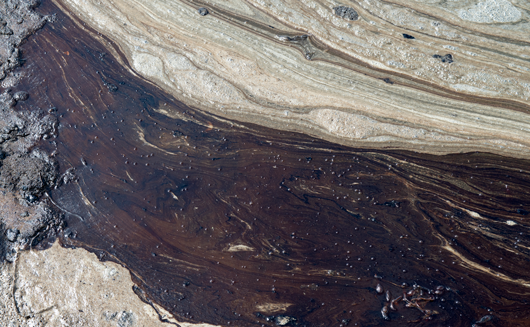 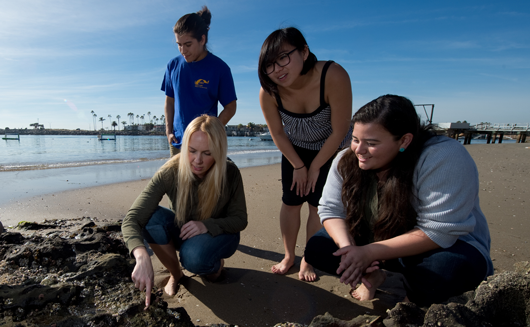