In the aftermath of a wildfire, new threat looms

Wildfires in California can cause immediate, catastrophic damage, but the risk to nearby communities often persists long after the flames have been doused. Heavy rainfall may subject fire-ravaged regions to torrents of mud and debris that can inundate or spill over existing flood-control basins, channels and other protections.

An interdisciplinary team at UCI is using $670,000 from the National Science Foundation for a new three-year project to study the hazards facing people living in affected areas.

“Our initiative has two main components,” says principal investigator Brett Sanders, UCI professor of civil and environmental engineering. “First, we want to understand the true flood hazards facing communities below burn areas – accounting for the fact that infrastructure may get clogged and no longer perform as designed. Then we will measure the level of awareness and preparedness of communities to the possibility of fire and flood disasters.”

The expansion of urban development across California, especially below mountain wildlands, has resulted in more people subject to the risk of post-fire flooding, according to co-principal investigator Doug Houston, UCI associate professor of urban planning & public policy. He adds that understanding public awareness of this hazard is crucial given the increasing population of Californians living in impacted areas.

“Previous research shows that people can get a false sense of safety from infrastructure such as debris basins and flood channels,” says Houston. “Many living along the wildland-urban interface don’t realize existing flood controls may not be sufficient to contain extreme post-wildfire mudslides and flooding. We will map at-risk areas and survey residents about their awareness to help enhance risk communication and reduce fatalities in the future.”

“Many living along the wildland-urban interface don’t realize existing flood controls may not be sufficient to contain extreme post-wildfire mudslides and flooding. We will map at-risk areas and survey residents about their awareness to help enhance risk communication and reduce fatalities in the future.”- Brett Sanders

Wildfire frequency and intensity have increased over the past decade in the southwestern U.S. and many other parts of the world with semi-arid and Mediterranean climates. Once the trees and brush that hold soil in place are eliminated by fire, the ground becomes highly vulnerable to mud and debris flows from intense precipitation, creating heightened flood risks below the burned areas for several years after the blaze, according to Sanders.

“Communities are generally protected from flooding, mud and debris by two types of flood management infrastructure: debris basins and flood control channels,” Sanders says. “The debris basins are designed to catch the solids at the foot of mountain catchments, and the channels are designed to move floodwater and fine sediment downstream quickly past developed areas.”

Sanders says that while there has been a lot of important work to estimate the growing potential for mud and debris flows that follow winter storms in California, there has not been enough study of how well communities are protected by infrastructure and what can be done to enhance public safety.

His team has been developing a new model to estimate how well flood management infrastructure can withstand the compound hazards of successive fires and floods. Ariane Jong, a graduate student in the Department of Civil and Environmental Engineering who has been involved in model development and testing, found that by factoring in the possibility of infrastructure clogging over successive storms, the annual likelihood that the flood control channel would overflow was two to 16 times greater than accounted for in current infrastructure design standards.

Representatives from the Riverside County Flood Control agency will collaborate with the UCI researchers on this project. 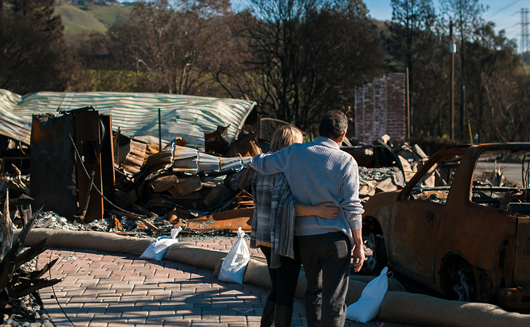 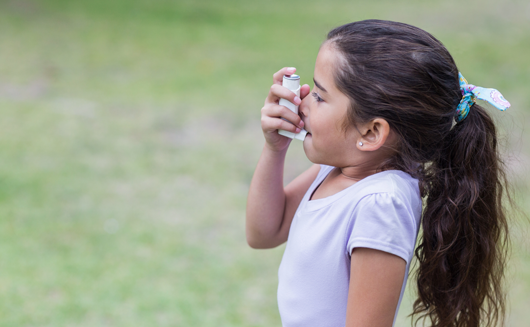 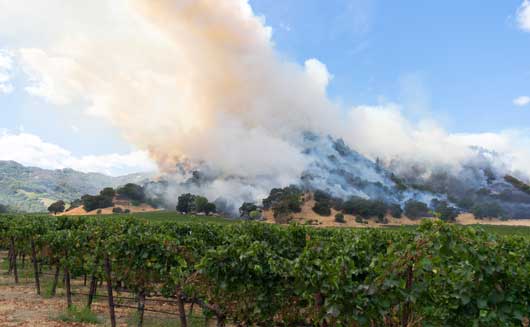 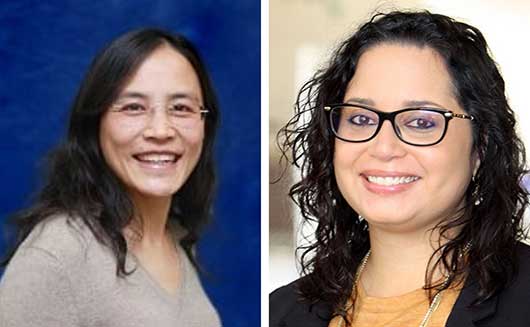